Nowhere is the coronavirus pandemic more severe than in New York, and that includes the notorious Rikers Island jail.

On March 13, the foremost expert on healthcare in correctional settings appeared on this podcast and warned of a "perilous and looming threat" inside these facilities. Rikers Island now has more than 200 coronavirus cases and recorded its first COVID-19-related death last weekend. Advocates warn that anyone held in the jail is in mortal danger. 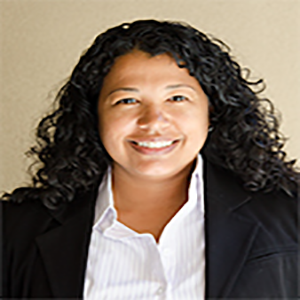 Managing Director of the Criminal Practice at The Bronx Defenders

Alice Fontier is the managing director of the Criminal Practice at The Bronx Defenders, a nonprofit that defends 27,000 low-income Bronx residents each year. The organization also provides support to its clients to help them get back on their feet after being justice-involved. It employs a holistic defense strategy that also includes social workers, advocates, attorneys, and community organizers. 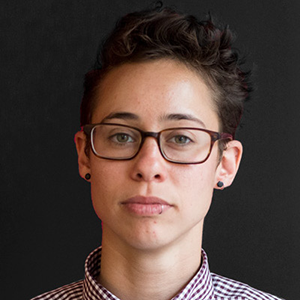 Director of Organizing and Advocacy at Center for Community Alternatives

Katie Schaffer is the Director of Organizing and Advocacy at Center for Community Alternatives. Prior to that, she
coordinated a statewide campaign for bail reform which won a historic victory in April 2019. She has also served as the Director of College Access at the Prisoner Reentry Institute of John Jay College, collaborating with incarcerated students to develop and expand college access in New York State prisons, and has worked as an independent consultant, supporting organizations across the state in developing new campaigns and advocacy work.

After you listen to the podcast, learn more...
We’re representing people and trying desperately to keep them out of Rikers Island because 24 hours in central booking in small cages and in groups is dangerous enough."

With a coronavirus infection rate higher than that of New York City, Rikers Island, the sprawling jail facility in New York’s East River, has emerged as the epicenter of the coronavirus crisis inside the nation’s correctional facilities.

As the novel coronavirus (COVID-19) pandemic lays siege to the metropolitan area, advocates continue to warn of the potential of even more widespread infections inside Rikers.

They charge that long-standing shortcomings, such as unsanitary conditions, and insufficient healthcare services, plus the impracticality of inmates practicing social distancing, effectively makes Rikers a 413-acre Petri dish.

In the absence of a realistic containment strategy, public defenders have mobilized in unprecedented fashion to petition courts and prosecutors to release people from the jail. While the city’s mayor, Bill de Blasio, has committed to releasing hundreds of inmates, defense attorneys decry the lack of a comprehensive plan to empty the facility amid a historic pandemic.

Similarly, New York Gov. Andrew Cuomo, who has received national praise for his handling of the pandemic, has been the subject of mounting outrage from local criminal justice reformers.

On social media, digital press conferences, and opinion pages, they argue Cuomo has essentially left holstered the most powerful tool in his arsenal: his ability to grant clemency, which gives him sweeping authority to release inmates—effectively a get-out-of-jail card. The Democratic governor has also invited recriminations that he has exploited a public health crisis to pass rollbacks to sweeping bail reform measures state lawmakers approved last session.

Among the critics: Akeem Browder, brother of the late Kalief Browder, who blasted bail changes secretly being discussed in Albany, the state capital, as a “smack in the face” to his family.

As for the ongoing coronavirus threat, advocates would seem to have at least one crucial ally inside Rikers itself.

In a blistering Twitter thread, Ross McDonald, Rikers’ chief physician, said infections soared from zero to 200 in a matter of 12 days in March and acknowledged it was unlikely healthcare workers could stem the spread.

As the Chief Physician of Rikers Island, I prefer to do my work anonymously, but in these extraordinary times, I must comment on this letter from the district attorneys of New York. https://t.co/4klvis2tcr 1/x

“I am raising this alarm for a reason,” McDonald said. “I simply ask that in this time of crisis the focus remain on releasing as many vulnerable people as possible.”

Officials certainly were warned of the coming storm.

During an interview with News Beat podcast on March 13, Venters characterized the pandemic as a “perilous and looming threat,” adding that decades of punitive measures have created an environment in which inmates are aging and becoming chronically ill.

“It really is a confluence of the worst possible scenarios,” Venters told us. “And we have people working in these places and detained in these places that are looking at really a very perilous and looming threat.”

During a digital press conference organized by the Brooklyn-based nonprofit Center for Community Alternatives, Marvin Mayfield, who advocates against mass incarceration, underscored the threat the incredibly infectious contagion poses.

While many thousands of Americans are serving life sentences, Mayfield noted he’s never heard of anyone “sentenced to death by viral infection”—effectively saying anyone imprisoned at this moment is in mortal danger.

On the frontlines of the battle within a traditionally slow-churning justice system are public defenders from various organizations desperately filing proposals to have their respective clients released.

Alice Fontier, managing director of criminal defense at nonprofit The Bronx Defenders, which defends thousands of low-income Bronx defendants each year, says that despite widespread restrictions to public life, including bans on nonessential businesses, the justice system hasn’t missed a beat.

Although arrests in New York City have declined, people are still ending up in police custody and entering Rikers on a daily basis. The only major difference is courts have replaced physical hearings with virtual appearances to prevent infections.

“We’re representing people and trying desperately to keep them out of Rikers Island because 24 hours in central booking in small cages and in groups is dangerous enough,” Fontier tells News Beat podcast.

In addition to new cases, Bronx Defenders, along with the nonprofit Legal Aid Society, Brooklyn Defender Services, and others are petitioning to have current Rikers inmates released.

Their collective argument: Holding people during this period amounts to “cruel and unusual punishment,” she says.

Before the World Health Organization (WHO) declared COVID-19 a pandemic, there were about 5,000 people housed in Rikers. As of this publication, there were a little more than 4,000, according to New York City Department of Corrections figures. Of Bronx Defenders’ estimated 300 clients in the jail, the organization has successfully removed about 30 from custody, Fontier says.

Meanwhile, the Legal Aid Society fought to get more than 700 people released who were being held on technical parole violations, including 115 with age or medical concerns.

Day in, day out, defense attorneys are using every tool at their disposal to reduce the city’s jailed population.

Various nonprofit public defender groups, including The Bronx Defenders, have been compiling a list of people who have two months or less to serve on their sentences and are negotiating with district attorney offices for shorter sentences, potentially freeing them from incarceration. The mayor’s office has done the same, Fontier notes, and at least 100 people have been freed on work release, though they’re still in custody of the city's Department of Corrections and under supervision.

“Between all of the offices, we are making a dent,” Fontier adds.

Of course, those fighting on behalf of new and current inmates would prefer blanket action over the current piecemeal approach.

“The only way to prevent the spread of COVID-19 is to release people,” says Katie Schaffer, director of advocacy and organizing at the Center for Community Alternatives, a nonprofit that works on community substitutes to incarceration, among other projects. “There is simply no way to do social distancing in jails, prison or detention centers. People sleep in cells with multiple people, they eat in big groups, and there is just simply no way to do it. And then beyond that, hand sanitizer is contraband, it has alcohol content, people don't have access to hand-washing facilities, people may be cuffed. There's just absolutely no way to stop the spread of the virus inside.”

Schaffer also has concerns about insufficient testing inside jails and prisons, which means more people could be infected than have been counted.

On March 4, 53-year-old Michael Tyson was the first Rikers inmate to succumb to the coronavirus. He was reportedly being held on a technical parole violation and had been in custody since Feb. 28.

The Legal Aid Society, which represented Tyson, said it was both “heartbroken and outraged” to learn of Tyson’s death, and called on Cuomo to release more prisoners.

Schaffer says something as simple as a missed curfew or a failure to check in with a parole officer can land people back into Rikers.

“This is not a new problem, but it is now a problem that can kill you,” Shaffer warns. “And that is what we are seeing, and it is why it is so critical that the mayor and the governor move to release people on mass sweeping clemencies and barring new admissions to jails and prisons.”

As if contending with the consequences of the disease was not hard enough, Schaffer and a coalition of advocacy groups spent the past week urging New Yorkers to call their respective state lawmakers to stop rollbacks to the historic bail reform law passed last year. The pandemic only heightened their sense of urgency.

The bail law, which went into effect Jan. 1, prohibited the use of cash bail in most nonviolent or misdemeanor cases. Since then, there were about 7,000 fewer people in state jails as compared to March 2019.

Members of law enforcement, including prosecutors, and tough-on-crime lawmakers, assailed the law, deeming it a threat to public safety.

Fontier dismissed the hyperbolic rhetoric as “organized hysteria” and criticized local tabloids for contributing to the fear mongering.

“It was just pure hysteria,” she continues, “and it was the police officers and the prosecutors realizing that power had been taken away. Things really were changing, and there was nothing they could do about it in the courts, and so they resorted to organized hysteria.”

Much of the outcry from tough-on-crime forces came from the five boroughs, where cash bail had declined significantly well before the push to almost universally eliminate it. According to an analysis of 5 million pretrial release decisions over three decades, bail usage in New York City dropped from 83,705 in 1987 to 30,000 in 2018.

To learn more about money bail, listen to “Freedom For Sale.”

The changes adopted in the newly passed state budget could mean many thousands more people in pretrial detention, says Schaffer.

The law adds a number of new charges where bail could be enforced or empower a judge to remand a person to the court. Opponents of the new changes avoided what they considered the worst-case scenario, one in which judges could use the so-called “dangerousness” clause to hold a suspect prior to trial. Although it was reportedly debated, it never made it into the final bill.

Nevertheless, advocates are outraged and plan to continue fighting for more reforms. And that also includes going to the mat on behalf of people potentially vulnerable to contracting the coronavirus.

While Fontier’s Bronx Defenders have aggressively petitioned for their clients to be released, at least one of the people the group is defending tested positive for the coronavirus and, as of last week’s interview, was on a ventilator and appeared unlikely to survive.

“As people test positive, we are every day getting to the point where it is too late to actually do anything,” laments Fontier.