We examine the coronavirus's impact on Florida correctional facilities and how bans on visitation affect families.

For weeks, Florida resisted bans on nonessential workers, as many other states across the country urged residents to stay home. We interview a staff attorney with the ACLU of Florida about efforts there to protect the state's incarcerated population. In the second half of the episode, we speak with an expert on the impact incarceration has on families about widespread visitation bans amid the pandemic. 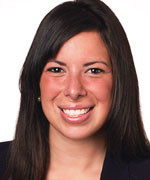 Jackie Azis joined the staff of the ACLU of Florida in February 2017 as a staff attorney who will focus on criminal justice issues. In her final year of law school, Jackie worked for the Orange County (North Carolina) Public Defender’s Office. Before joining the ACLU of Florida, Jackie worked for a civil rights and employment law firm in Peoria, Illinois and then served as an assistant public defender in the Fifth Judicial Circuit of Florida, representing hundreds of clients facing misdemeanor and felony charges. 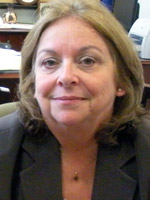 Ann Adalist-Estrin is director of the National Resource Center on Children and Families of the Incarcerated. The center was originally part of the federal government during the Clinton administration, serving children and families of those who were incarcerated. In 2013 the center merged with Rutgers University-Camden. It works to support and promote family strengthening policy related to incarceration and to gather accurate data on people who are most impacted. The center also provides training and technically assistance to state and local governments.

After you listen to the podcast, learn more...
Extraordinary times call for extraordinary measures. And we all know that, but I do think that the measures we are requesting from the prisons and from the jails are not even that extraordinary, and should be carried on beyond this pandemic."

As the novel coronavirus (COVID-19) continues its deadly rampage across the United States, advocates of the country’s most marginalized are desperately urging equitable protection for the most vulnerable—including for the millions who are incarcerated.

Case in point: New York City’s Rikers Island, one of the largest correctional facilities in the world, has a coronavirus infection rate many times higher than that of the city, the pandemic’s epicenter. The jail in Cook County, Illinois, which includes Chicago, is “now the nation’s largest-known source of coronavirus infections,” according to The New York Times. As of April 8, the Times tracked more than 1,300 coronavirus cases in jails or prisons nationwide, though the number of infections is likely higher due to insufficient testing.

While advocates have called for the mass release of prisoners, including in jails which house people in pretrial detention or for technical parole violations, officials have almost universally resisted such measures. Defense attorneys have turned to legal mechanisms, such as filing individual and mass petitions and renegotiating sentences with district attorney offices for those with only a few months left on their terms. Several organizations have also filed lawsuits to compel the release of certain prisoners.

For weeks, experts warned that correctional facilities are a breeding ground for infectious diseases, due to substandard healthcare services, hygienic insufficiencies and conditions inhospitable to social distancing guidelines.

Another consequence of the disease: widespread bans of public visitation at correctional centers across the country.

In this special episode of News Beat podcast, we examine the threat the coronavirus poses facilities in Florida, which acted much later than other states to enact bans on nonessential workers, and how the suspension of family visitation impacts inmates and their families.

To better understand the virus’ impact on incarcerated populations nationwide, we reached out to the ACLU of Florida to examine the impact in the Sunshine State. Florida, led by Republican Gov. Ron DeSantis, delayed bans on nonessential workers until April 3. The first state to issue what effectively is a stay-at-home-order was California, which did so on March 19.

The Florida Department of Corrections announced its first positive coronavirus cases on April 5—two days after the state as essentially shut down. Three days later, an inmate being held at a jail in Browder County, died from the virus.

As experts warned, it appears the situation is worsening. On April 9, a private prison in Northwest Florida reported 30 cases, a significant surge in confirmed cases from only four reported a day earlier.

Jacqueline Azis, a staff attorney with ACLU Florida, tells News Beat podcast that the organization and other community stakeholders wrote to DeSantis as early as March 16 urging preventive measures to protect inmates. The ACLU of Florida sent subsequent letters to individual counties, including Broward, which has multiple facilities. Those “institutions do not have sufficient access to medical care, testing supplies and personal protective sanitary equipment needed to prevent an outbreak,” the ACLU said.

At the time of the interview, Azis acknowledged she was unclear as to how many inmates had been infected to date because of limited testing. Along with implementing steps to mitigate the spread of the virus, Azis called for more transparency so the public could have a better understanding of the spread of the disease inside correctional facilities.

“We are extremely concerned about the number of people who are being held in custody pre-trial, presumed innocent,” Azis said. “They've been convicted of nothing, and yet they are sitting in custody in these jails. And they have a higher risk now of contracting COVID-19 because once it gets in the jails, it is going to spread.”

"The fact that 90 percent of the people sitting in the county jail in Broward County are pre-trial is horrifying because these are individuals who should be quarantining at home like the rest of us, not sitting in a jail where people are living, eating, sleeping, working together in such close proximity, unable to social distance and quarantine like we can.”

To learn more about how the coronavirus is impacting Florida’s correctional system, listen to the full episode.

One of the first measures jails and prisons nationwide took to combat the spread of the virus was a ban on public visitation and volunteers—effectively closing facilities off to inmates, new intakes and essential staff.

The Bureau of Prisons, which operates 122 prisons throughout the country, announced its suspension of visits on March 13, saying, “...the United States will have more confirmed cases in the coming weeks and also noting that the population density of prisons creates a risk of infection and transmission for inmates and staff.”

“We know that from countless anecdotal evidence of correctional staff,” Adalist-Estrin tells News Beat podcast, “that people who receive support and visits from their families just do better.”

Even before the virus, advocates have questioned the notion of jailing people hundreds of miles from family and friends because it uproots them from their support networks. While long distances are seen as barriers to visitation, Adalist-Estrin says one of the most common reasons for not visiting is the family dynamic.

She notes that 92 percent of the children impacted by incarceration have imprisoned fathers, many of whom may no longer have a connection with the mother of the child.

“And so when you look at sort of the bulk of these kids, they're living with mom. They may or may not still be connected to their fathers through their moms,” Adalist-Estrin says. “They may be connected through, you know, dad's parents, grandparents, aunts, uncles, or mom is totally okay with it as long as you can find your own way to get there [the prison]. So I think the very first hurdle that kids have is working through the sort of family dynamics that are operating in all of our families around everything related to who, who you're connected to in the family.”

The coronavirus has all but made it impossible for incarcerated individuals to connect physically with their loved ones, and even something as simple as a phone call may be too expensive, potentially increasing anxiety levels.

Adalist-Estrin says these families share the same worries society does about the virus, but the fact that people are behind bars and are unable to make contact only heightens their level of concern.

"The sort-of balm for us is finding ways to connect with people that we love when we have to be isolated and that's the main difference,” she says.

To learn more about prison separation and how the coronavirus may impact families of those who are incinerated, listen to the full episode.