African Americans are dying at disproportionately higher rates from the coronavirus. That the nation is shocked speaks volumes about systemic racism in this country.

While the coronavirus has indiscriminately ravaged communities across the nation, African Americans are dying at disproportionately higher rates, according to preliminary data. Those who study racial health disparities aren't surprised, considering that African Americans suffer inordinately from chronic conditions, symptoms linked to systemic racism, and a deleterious physiological process dubbed "weathering" three decades ago.

Dr. Sharrelle Barber received a Doctor of Science (ScD) degree in Social Epidemiology from the Harvard T.H. Chan School of Public Health and a Master of Public Health (MPH) in Health Behavior and Health Education from the University of North Carolina, Chapel Hill Gillings School of Global Public Health. Her research focuses on the intersection of “place, race, and health” and examines the role of structural racism (i.e., concentrated economic disadvantage and residential segregation) in shaping health and racial/ethnic health inequalities among Blacks, with a particular focus on the Southern United States and Brazil. 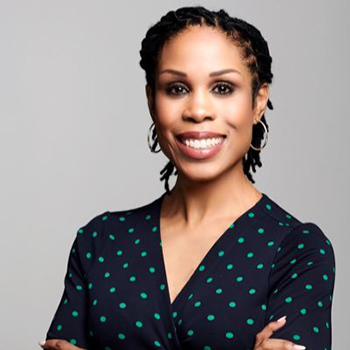 Dr. Uché Blackstock is a board-certified physician and the CEO and founder of Advancing Health Equity, which seeks to rectify long-held inequities in healthcare. Blackstock also serves as a part-time physician for an urgent care center in New York and has witnessed first-hand the toll the novel coronavirus has taken on disenfranchised minority populations. 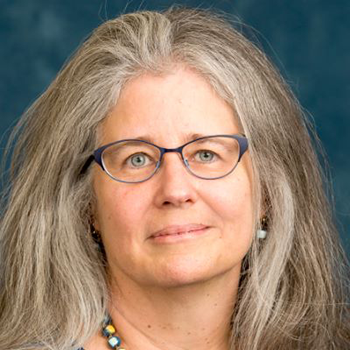 Professor in the Department of Health Behavior and Health Education, and associate director and research professor in the Population Studies Center at the Institute for Social Research at the University of Michigan

Dr. Arline T. Geronimus is a professor in the Department of Health Behavior and Health Education, and associate director and research professor in the Population Studies Center at the Institute for Social Research at the University of Michigan, where she also is the founding director of the Public Health Demography training program. She is affiliated with the Center for Research on Ethnicity, Culture, and Health.

I would say structural racism is a public health threat and it works through many, many avenues."

Weeks before the racial disparity of novel coronavirus (COVID-19) infections entered the nation’s consciousness, a half-dozen epidemiologists and researchers had already predicted these tragic outcomes.

Writing for the Interdisciplinary Association for Population Health Science (IAPHS), researchers said: “While COVID-19 is indiscriminate in its transmission, its propagation within a society steeped in structural racism will undoubtedly, as we are already beginning to see, lead to disproportionate impacts among marginalized racial groups in this country.”

“Not only that,” they added, “undercounting is likely to be even more pronounced among marginalized racial groups with less access to healthcare.”

While the coronavirus has indiscriminately ravaged communities across the nation, African Americans are dying at disproportionately higher rates, according to data compiled by some of the hardest-hit cities.

Although adequately tracking such infections has largely remained elusive, preliminary reporting has reinforced concerns about how the most marginalized Americans are being impacted by the disease.

Cities such as New York, Chicago, Milwaukee, and New Orleans have seen significantly high rates of infections among disenfranchised groups amid the pandemic. Despite increased recognition that race is factoring into infection and mortality rates, the physiological concept of "weathering," which considers societal, racial and environmental factors regarding health, is not widely understood.

African Americans generally suffer from higher rates of chronic conditions, such as diabetes and hypertension, with social inequities blamed for higher exposure to such maladies.

Listen to our award-winning podcast by subscribing to News Beat on your favorite pod app.

According to the Centers for Disease Control & Prevention (CDC): "African Americans are living with or dying of many conditions typically found in white Americans at older ages. The difference shows up in African Americans in their 20s, 30s, and 40s for diseases and causes of death."

“So many of us in the health equity space, we were aware of these racialized health disparities that existed prior to the COVID-19 pandemic,” explains Dr. Uché Blackstock, a physician, and CEO and founder of Advancing Health Equity, which helps healthcare organizations identify and address implicit biases. “And despite significant advances in healthcare, innovation, and technology, these racialized health disparities have persisted.”

Dr. Sharrelle Barber, a social epidemiologist and an assistant research professor at Drexel University, tells News Beat podcast that “across every major cause of death in the United States, black folks have a higher mortality rate.”

Barber was among the researchers who penned the piece for IAPHS. She notes that structural racism “manifests in so many of our institutions and really gives way to these higher rates of morbidity and mortality in African American communities.”

America’s long history of housing discrimination, most notably during the era of “redlining,” has not only limited upward mobility in those communities today, but increased the likelihood of negative health outcomes, advocates for wider access to health care argue.

Similar to many other social inequities, the coronavirus is laying bare socioeconomic failures across the country.

New York City, the epicenter of the crisis, has higher death rates in zip codes where the average income places residents in the bottom 25 percent of earners. When broken down by race, the death rate is disproportionately skewed toward African Americans and Latinos, according to the city’s own data. In fact, African Americans in the Big Apple are twice as likely to die from COVID-19 than whites.

At almost every turn, disenfranchised communities were put at a disadvantage to protect themselves from the disease, those interviewed for this podcast charge.

Even the CDC's early testing recommendations missed the point, argues Blackstock. The agency said COVID-19 testing should be limited to those who traveled to endemic areas, such as China, where the outbreak originated, or for those who had contact with someone who had tested positive.

She questions how likely it would be that most minority or working-class people would fall under such stringent guidelines.

“Those people were being excluded from testing and then coming to find out that coronavirus had actually been circulating in these communities for weeks,” she says. “I think now about how many cases we missed because of those initial testing criteria. As we know, testing availability has been incredibly limited, and obviously more so in black and brown areas.”

Along with educating other healthcare workers on implicit biases in her profession, Blackstock is also on the front lines of this battle against the coronavirus.

A part-time physician at urgent care centers in Brooklyn, Blackstock’s patients represent various socioeconomic backgrounds. But as the pandemic hit New York particularly hard in recent weeks, mostly black and brown residents have been seeking care, including many who are considered “essential workers.”

These communities have seen such a large concentration of people with COVID-19 symptoms that the urgent care center has temporarily closed operations in mostly white neighborhoods to divert resources to certain hotspots, she says.

“I think a lot of what we're seeing for various reasons was incredibly preventable,” says Blackstock.

Combined with “ineffective federal leadership” and a broken healthcare system, the factors that have led to these communities being more vulnerable to contracting the disease have their roots entrenched in racist policies going back generations, she says.

“We know that that's decades, if not centuries, in the works,” adds Blackstock. “And so what we saw before the pandemic were communities that...had poor health status because of historical government policies, like redlining and like the G.I. Bill that led to disinvestment and marginalization of those communities.”

Dr. Arline Geronimus, associate director and research professor at the Population Studies Center at the Institute for Social Research at the University of Michigan, coined the term “weathering” three decades ago.

Geronimus, who is also a professor of health behavior and health education, says weathering causes disenfranchised groups, including African Americans, to physically age at an accelerated pace, due to mounting stress. In effect, someone’s chronicled age—say 55 years old—may not be a representative indicator of their actual health and how susceptible they may be to the spread of an infectious disease.

Fueling these changes to the body are outside factors that marginalized groups often have to contend with over a lifetime, she explains.

“What physiologically happens during that process is sort of aging of your cells ahead of schedule, which then damages tissues and organs and dysregulates body systems including the immune system, the cardiovascular system, the metabolic system, and the neuroendocrine system,” Geronimus tells News Beat podcast.

She notes that humans are built to experience small doses of protective responses, such as fight or flight, but “we were never built to deal with chronic cascades of stress hormones,” which such responses produce so frequently.

“These threats that activate this, these physiological processes, go well beyond what we talk about as perceived stress,” Geronimus adds. “They include certain objective stressors, like toxins in the environment or not having enough heat or being hungry or being too cold or too hot, you know, heatwaves. They include having to, on a very sustained basis, engage in difficult interpersonal interactions, such as with your landlord to get heat in your apartment. They include not getting enough sleep.”

Geronimus uses the example of African American women, who suffer from the highest rate of maternal mortality in the United States.

According to The American College of Obstetricians and Gynecologists (ACOG), more women die in the United States from such complications than any other developed country.

The United States is the only industrialized nation with a rising maternal mortality rate—increasing by 26 percent between 2000 and 2014.

Geronimus says changing social norms have encouraged women to delay pregnancy into their “late 20s, 30s or even 40s, but what people are missing there is the fact that African American women will have had more years at that point...and they’re having their babies on more weathered systems when they’ve postponed childbearing.”

Underscoring the point, she says weathering can occur irrespective of socioeconomic, education, or marital status.

Geronimus, Barber, and Blackstock all agree education is important—especially within the healthcare community.

As government officials acknowledge more African Americans and other minorities are dying at higher rates and asking “Why?” those who study such disparities point to decades of research that could've been used to predict—and potentially prevent—these outcomes.

“I would say structural racism is a public health threat and it works through many, many avenues,” says Geronimus, adding, “there's so many ways that we've just sort of denigrated and ignored what the lived experience is of black Americans, and as we do that, that itself contributes to weathering.”