This podcast episode explains that while Muslims nationwide engage in Jihad every day, their Jihad is less menacing than most Americans may think.

Over the last two decades, the term “Jihad” has exclusively been defined as a holy war perpetrated by extremists. As such, when the average American hears the term “Jihad,” they conflate Islam with terror. Although the term has been hijacked by extremists, many Muslims in the US and around world don’t recognize Jihad’s contemporary application. For these Muslims, the term, which literally translates to “struggle,” is a personal struggle, or a mission. For example, someone’s “Jihad” could be giving up smoking or to strive to be a better neighbor, friend, husband, or wife.

Son of a Libyan revolutionary, Kayem is a Chicago-based hip hop artist who was born into the struggle. His father was a political prisoner who helped form a pro-democracy movement after escaping prison. Kayem’s first trip to Libya, after spending a lifetime of advocacy in exile, was filmed in the docu-series “Sing Freedom.” 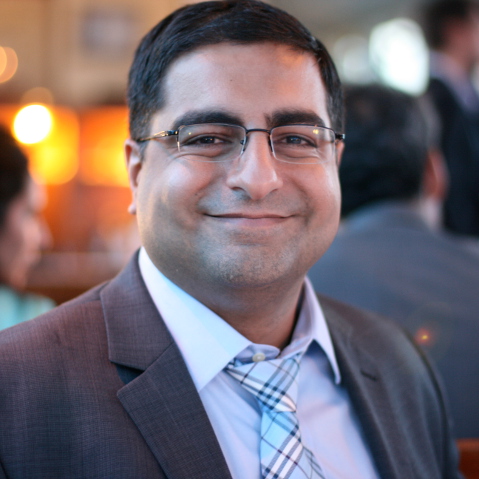 Hussein Rashid, PhD, is a professor of religious studies at Barnard College and founder of islamicate, L3C, a consultancy focusing on religious literacy and cultural competency. He works with a variety of NGOs, foundations, nonprofits, and governmental agencies for content expertise on religion broadly, with a specialization on Islam. His work includes exploring theology, the interaction between culture and religion, and the role of the arts in conflict mediation. Hussein has a B.A. in Middle Eastern Studies from Columbia University, a master’s degree in Theological Studies focusing on Islam, and an M.A. and PhD in Near Eastern Languages and Cultures, focusing on South and Central Asia from Harvard University.

Daisy Khan is executive director of the American Society for Muslim Advancement (ASMA), a New York-based nonprofit dedicated to strengthening an expression of Islam based on cultural and religious harmony, as well as building bridges between Muslims and the general public. At ASMA, Daisy Khan has created a number of groundbreaking intra- and inter-faith programs. She has led numerous interfaith events, such as the theater production, “Same Difference,” and the Cordoba Bread Fest Banquet. She continues to mentor American Muslims on assimilation issues, balancing faith and modernity, the challenges of living as a minority, and intergenerational questions. To strengthen the voices of women and youth within the global Muslim community, she created two cutting-edge programs of international scope: Muslim Leaders of Tomorrow (MLT) and the Women’s Islamic Initiative in Spirituality and Equality (WISE).

Murtaza Hussain is a national security reporter at investigative news outlet The Intercept. Hussain reports on America’s ongoing War on Terror and issues related to the Muslim American community. Hussain’s articles have also appeared in The New York Times, The Guardian and Al Jazeera English.

After you listen to the podcast, learn more...
The United States has been consumed primarily with one objective since the Sept. 11, 2001 attacks: fighting “Jihad.”

A combination of ill-fated policies—the most egregious the devastating Iraq War—and the ever-growing ranks of so-called “Jihadists” has turned the War on Terror into a seemingly never-ending conflict.

Meanwhile, the United States has had to confront a dangerous rise in Islamophobia and attacks on Muslims—violence that saw an uptick during the presidential campaign, according to various anti-hate groups. Over the airwaves of mainstream media, the term “Jihad” has become ubiquitous with terror attacks.

Throughout the past 16 years, anti-Jihad policies at home and abroad have careened down a parallel path: While fighting multiple wars abroad, officials at home have championed anti-extremism programs that opponents say further stigmatize the Muslim community. Instead of eradicating terrorists and the radical ideology they espouse, these perpetual wars have created a vacuum where extremists breed violent ideologies. With social media helping amplify their toxic messages, terror groups have essentially weaponized the internet to attract followers fascinated with the idea of fleeing to a presumed religious utopia, such as the so-called Islamic State of Iraq and Syria (ISIS)’s fraudulent caliphate.

The fight against Jihad has been an exhaustive military exercise characterized by a rise in extremism as the so-called ongoing “War on Terror” has progressed. The United States is effectively stuck in neutral as the longest war in American history drags on—a conflict that has cost more than a trillion dollars and claimed thousands of American lives. For all the rhetoric about the threat posed by North Korea’s dictator provocateur, “Jihad” remains America’s No. 1 enemy.

Yet Muslims nationwide engage in Jihad every day—sometimes even every waking hour. Their Jihad, however, is less menacing than most Americans may think. That’s because the term’s literal meaning, a “struggle,” has received little attention aside for scant media coverage about Muslims trying to reclaim the word by promoting personal goals. This ancient word, and spiritual concept it represents, has meanwhile been hijacked altogether.

Listen to BackBeat: WE GO BEHIND THE SCENES OF EPISODE 3 – “HIJACKING JIHAD”

To demonstrate this, look no further than the pages of Merriam-Webster: its primary definition of the term is “a holy war waged on behalf of Islam as a religious duty.”

“That’s a really bad translation,” Dr. Hussein Rashid, an adjunct professor at Barnard College and founder of Islamicate, a consultancy centered around religious literacy, tells News Beat. “There is a sense of what we call ‘just-war’ theory in Muslim traditions like we have in Catholic traditions or Jewish traditions. But when we talk about Jihad, we talk about two different types of jihad. And literally what the word means is struggle.”

“The first is what we call the greater struggle—the struggle against yourself, against your ego, your vanity, your desires, your need to put other people down,” he continues. “It’s a way to say you need to make room for god in your life, and that’s a struggle, because there’s so many distractions that take us away from god. Then there’s what we call the lesser struggle, the lesser Jihad. And this is the physical combat. So is there a sense of combat of conflict, a real physical conflict in Jihad? Absolutely. Is it holy war? Not really. We don’t have the equivalent of a Crusader’s language.”

To the American public, the notion that Jihad has been abused and misused would likely generate an incredulous response. After all, when the country turns on cable news, the word “Jihad” is often used interchangeably with acts of extreme terror. The media and political pundits are not alone in conflating Jihad with terrorism. Extremists themselves are often heard euphorically wielding the term like a divine weapon they can brandish to inspire their followers to commit violent acts. And to a large extent, they have been successful in rallying fighters to their cause.

No group has been as effective in distributing this warped ideology via the internet, than the so-called Islamic State (ISIS). In a video released by the murderous cult in November 2014, its leader, Abu Bakr al-Baghdadi, called for an eruption of “volcanoes of Jihad everywhere.”

These terror groups are playing fast and loose with history, says Murtaza Hussain, national security reporter for The Intercept.

“These terrorists, for instance, have adopted a very modern phenomenon, which is the act of terrorism, killing innocent people in a public place to achieve some political or ideological program,” he explains. “There was no historical precedent for anything like this happening in Islamic history. Jihad as [it] existed referred to a war between empires or nations, which was declared by a ruler—there was nothing to do with indiscriminate violence by individuals or groups or cells. It was a form of intercommunal conflict such as you have had throughout human history.

“Now the terrorists are…making their own version of it,” Hussain continues. “And this version has gotten traction, because they’ve been employing it for the last few decades, most notably, or most recently, with this group ISIS, to mean the indiscriminate, asymmetrical warfare against civilian populations, which is seen as religiously justified.”

Some religious experts trace this contemporary use of Jihad back to the Iranian Revolution, which saw the overthrow of a democratically elected government in favor of one guided by religion. Americans at home watched from afar as chants of “Death to America” echoed from their television sets.

Daisy Khan, founder of the Women’s Islamic Initiative for Spirituality and Equality (WISE), agrees that the Iranian Revolution played a pivotal role in shaping how Americans viewed Islam.

The hostage crisis in which 52 Americans were held captive provoked mass outrage, she explains. The images were seared into people’s memories. The episode “shaped the perception of the ordinary American—it was a negative perception,” says Khan. “And still, people in America didn’t think the ideology of the Iranian Revolution was widespread, because nobody on the mainland of America had been attacked.”

Globally, religious scholars have desperately tried to change the narrative, but have little to show for their efforts.

In 2014, more than 120 Muslim scholars penned a letter to the so-called Islamic State challenging their perverted interpretation of Islam. Not surprisingly, this stinging rebuke received little media coverage.

“The word ‘jihad’ is an Islamic term that cannot be applied to armed conflict against any other Muslim; this much is a firmly established principle,” the scholars wrote. “Furthermore, all scholars agree that jihad is conditional upon the consent of one’s parents.”

Efforts to reclaim the word and raise awareness about the media’s often-reckless use of the term also failed to establish a meaningful dialogue.

#MyJihad, for example, was used across social media as a way for Muslims to challenge conventional wisdom, but the initiative mostly fizzled.

Rashid, the Barnard College professor, acknowledges that groups have attempted to reshape the narrative, with varying degrees of success. He offers his own advice on reclaiming the word.

“I think that the best way for American Muslim communities to take it back is to simply to live it,” says Rashid.