Is A Change Gonna Come?

A new movement has emerged since the killings of George Floyd, Breonna Taylor, and other Black Americans.

With uprisings rivaling those of the 1960s, Americans this year took to the streets in massive numbers to declare Black Lives Matter and demand systemic change. These rebellions have underscored the desperate need for change in a country steeped in racism and state violence. Will things change? That is the question. This is a special episode in collaboration with Color Of Change, the largest online racial justice organization in the country.

Arisha Michelle Hatch is the vice president and chief of campaigns at Color Of Change, leading campaigns on civic engagement, voting rights, criminal justice, and corporate and media accountability. 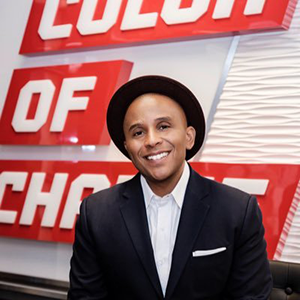 Rashad Robinson is the president of Color Of Change, a leading racial justice organization driven by millions of members who are building power for Black communities. Color Of Change uses innovative strategies to bring about system change in the industries that affect Black people’s lives: Silicon Valley, Wall Street, Hollywood, Washington, corporate board rooms, local prosecutor offices, state capitol buildings and city halls around the country.

Oluchi Omeoga is campaign lead at Black Visions, an advocacy organization created in 2017 and is rooted in transformative justice. Black Visions has become one of the most recognizable racial justice groups in the Twin Cities and has spearheaded the push to divest from the Minneapolis Police Department. 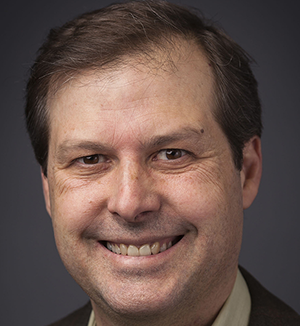 Alex Vitale is a professor of sociology and coordinator of the Policing and Social Justice Project at Brooklyn College. He has spent the last 30 years writing about policing and consults both police departments and human rights organizations internationally. He is the author of "The End of Policing."

After you listen to the podcast, learn more...
2020 has been marked by constant tumult, untold grieving, political strife, and for a nation long steeped in racial turmoil, a period of sober reflection.

For America, none of this is new. This country has experienced racial reckonings before, most notably the 1960s, which spawned both landmark civil rights legislation and unprecedented social unrest.

So urgent was the need for reform that in 1968 President Lyndon B. Johnson appointed 11 members to the National Advisory Commission on Civil Disorders, charged with uncovering answers to America’s racial inequities. Rev. Dr. Martin Luther King, Jr., who posthumously ignited massive protests after he was killed in Memphis in the spring of 1968, was among those to testify before the commission and later referred to its findings as a “prescription to life.”

The panel’s investigation culminated in the so-called “Kerner Report,” named after the commission’s chairperson, Gov. Otto Kerner of Illinois. For all the untold hours of testimony, interviews and research, the report is often remembered for 14 deeply ominous words:

“Our nation is moving toward two societies, one black, one white—separate and unequal.”

They ring true more than a half-century later. And in some respects, as argued in an updated version of the Kerner Report, conditions have worsened, especially as it relates to poverty, police use of force, school segregation, and widening income inequality.

No doubt, the demonstrations that have erupted this year have left an indelible mark on American history. They have been some of the largest and sustained protests this country has ever seen—and perhaps the most diverse. And despite what conventional wisdom suggests, they have also been overwhelmingly peaceful.

There even appeared to be an appetite to translate anger into education, with anti-racism writings and books by Black authors rocketing up best-seller charts.

The reckoning also produced a new rallying cry of sorts—“Defund the Police”—which has been obscured and mocked by politicians on both sides. At the heart, defund represents a call to divest from police departments, which remain handsomely financed despite decades of declining crime rates. Those funds, proponents argue, should be reinvested in social services, mental health, education, and other community-based solutions.

Early goodwill for Black Lives Matter, combined with the sheer breadth of the protests, suggested a potential tipping point for the country. That the movement managed to successfully occupy space across industries and culture also presented cause for optimism.

Underneath all the calls for reform, however, is the recognition that the current movement was borne of yet more tragedy.

The deaths responsible for the explosive rage were both unexplainable and remarkably familiar—Black Americans killed, one going for a run, another awoken in her home, and the most widely recognizable of them all, a man gasping for air as a white officer knelt on his neck for what seemed like eternity.

As in previous uprisings, their names ricocheted across social media and city streets: Ahmaud Arbery, Breonna Taylor, George Floyd. Theirs was followed by the echoes of those slain yet not forgotten: Tamir Rice, Philando Castile, Sandra Bland, Michael Brown, Eric Garner. The list goes on and on.

Adding fuel to the unrest, this all happened as a deadly pandemic raged across the country—disproportionately infecting and killing Black Americans—and amid a particularly rancorous campaign for president.

All these months later, groups across the country continue to demand reforms, an end to police killings and greater accountability.

To better understand this moment in time, News Beat podcast collaborated with Color Of Change, the largest online racial justice organization in the country, for a special podcast episode exploring these inequities, the state of policing, and for perspective on how we move forward.

In interviews with top racial justice campaigners, local activists and one of the foremost experts on American policing, this episode serves as both a digital time capsule of the events from this year while providing important context into the ills of modern-day policing and struggle for reforms.

As Arisha Hatch, vice president and chief of campaigns for Color Of Change, says at the outset of the episode:

“The uprisings that started just after Memorial Day in relation to the murder of George Floyd have definitely signaled a transformative moment in this country.”

For Minneapolis-based activists like Oluchi Omeoga, campaign lead at the nonprofit Black Visions, Floyd’s murder accelerated the work the organization had been doing for many months. Soon their calls for the city of Minneapolis to divest from the Minneapolis Police Department became a national rallying cry, albeit somehow more controversial than the decades-old abolition movement.

“We wanted to give the world a solution to the issue that was happening, which was Black people being murdered. And we knew that solution was to actually divest from the police and invest in community-led safety,” Omeoga says. “And we saw that spread very, very quickly throughout the world.”

Rashad Robinson, president of Color Of Change, sees a connection between the mass protest movement and the fact that Americans were home and connected to the digital world in a way like never before.

“Because an unprecedented amount of eyes were looking at screens at that time, people really saw that video,” Robinson says, referring to eyewitness footage of Floyd’s death. “And what's different than a lot of other videos is that cop looked into the camera, he had his glasses sitting on his head, he looked very unbothered and unconcerned about the camera that was even facing him."

“And I think for a lot of people, the sort of ‘what about or what-ifs’ sort of went out the window,” he adds. “And what you ended up with was uprisings that looked very different from a diversity standpoint than uprisings we've seen before.”

Floyd’s death reinvigorated discussions about criminal justice reform, which have been occurring for years but ballooned as a result of the latest spate of killings.

Alex Vitale, professor of sociology at Brooklyn College and author of the book “The End of Policing,” reminds listeners that many of the recommendations being offered had already been implemented within the very department responsible for Floyd’s death.

“One of the cities that was held out as a kind of shining star for its adoption of the kinds of reforms that were in the Obama administration policing task force was actually Minneapolis,” Vitale says. “They got supplemental funding from the Department of Justice. They got extra trainers. They did police-community encounter sessions, and they had policy transformation.”

“The officers that were involved in the killing of George Floyd had had implicit bias training, mindfulness training, de-escalation training,” he continues. “They were wearing body cameras. They were operating under a new use of force policy that emphasizes sanctity of life. They had had special training that said that they were required to affirmatively intervene if their colleagues were engaged in misconduct. They were operating under an early warning system to create more accountability for officers within the system. And none of it made any difference. None of those officers did any of the things required of that training.”

America, like in many other instances, arrives at a critical inflection point.

For generations, the pursuit of equality has been stalled by the smothering embrace of modest reforms. With the embers of those early protests this summer still smoldering, the question is whether America will continue to accept small, albeit tangible, victories or fully confront the awesome challenges that have long gone ignored.

Is a change gonna come? We wait and see.