Reform candidates are increasingly winning district attorney elections in the United States. The movement represents a direct challenge to the decades-long tough-on-crime era, characterized by punitive sentencing laws, significant investments in police forces and prisons, and the criminalization of mental health—culminating in the highest incarceration rates in the world. Opponents are fighting back, with the most recent example being Los Angeles County, where a union representing hundreds of prosecutors has sued newly elected District Attorney George Gascon. We examine the fight over prosecutorial discretion—long cherished by self-styled law and order prosecutors—and what the contentious battle in Los Angeles means for reformers nationwide. 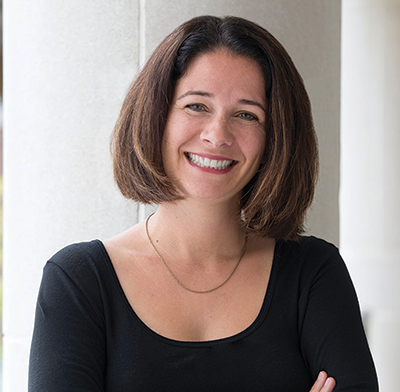 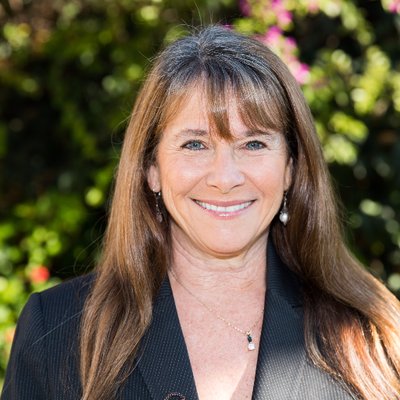 Miriam Krinsky is the executive director of the nonprofit Fair and Just Prosecution. A former federal prosecutor, Krinsky works with newly elected reform prosecutors as they seek to reverse decades of tough-on-crime policies that have helped fuel mass incarceration.

Outside of race for the White House, one of the most consequential elections last November was the campaign for Los Angeles District Attorney.

The contest between incumbent Jackie Lacey and former San Francisco District Attorney George Gascón was the most expensive in the history of Los Angeles County, and generated enthusiasm among criminal justice reformers while reigniting conversations around conventional tough-on-crime politics.

As with many political races in 2020, the campaign played out in the backdrop of widespread racial justice protests that erupted following the deaths of George Floyd, Ahmaud Arbery and Breonna Taylor. Undergirding all that was an already simmering reform movement that had vaulted other seemingly long-shot candidates into power across the country, including in San Francisco, where Gascón served for nine years.

The former San Francisco DA’s message was centered around ending traditional law-and-order practices and reforming the largest prosecutorial office in the country. Gascón called for an end to cash bail, the death penalty, prosecuting youth as adults and sentencing enhancements. Not surprisingly, Gascón’s reform message drew the ire of Los Angeles’ law enforcement establishment, which invested heavily in trying to defeat him.

“DA Gascón, when he ran for office, made clear that in his mind, we need to do things and hit a reset on the justice system,” says Miriam Krinsky, a former federal prosecutor and the executive director of nonprofit Fair and Just Prosecution. “That would include treating drug use as a public health issue, understanding that people age out of crime, and that individuals who receive decades-long sentences should be entitled to a second chance and a second look, recognizing that incarceration in and of itself is criminogenic.”

Only a few months after his election, Gascón is being targeted yet again. Not only has he faced criticism from others in law enforcement and conservative media, but the Association of Deputy District Attorneys, the union that represents deputy prosecutors in his office, sued Gascón over his sentencing enhancements policy and scored an early victory.

While it’s rare for representatives of country-line prosecutors to take a sitting district attorney to court, other groups such as district attorney associations have a history of supporting tough-on-crime measures, says Carissa Byrne Hessick, a professor at the University of North Carolina School of Law and director of The Prosecutors and Politics Project.

“In some states, these associations don't appear to do much beyond sort of having an annual training session for local prosecutors and their line attorneys. But in other states, they're really, really active,” says Hessick, whose team is nearing the completion of a nationwide study examining district attorney associations. Though incomplete, the ongoing analysis has found the California District Attorneys Association to be the most active in its lobbying efforts, Hessick notes.

For this episode, we interviewed Krinsky and Hessick to better understand the implication of this court battle between the district attorney and his prosecutors and whether it could have implications on the reform movement nationwide.

Listen to our collaborative podcast with Color Of Change, the largest online racial justice organization in the country.

They both noted that what's happening in Los Angeles is part of a pattern that's emerged over the last few years.

"So if you look at Larry Krasner in Philadelphia, we saw the legislature pass a law that changed his power in firearms cases,” she added. “If you look at Rachael Rollins in Boston, we saw judges in her court, they'll set bail even when she says they don't want it...In the state of Florida, we saw Aramis Ayala say she wasn't going to seek the death penalty, and we saw the state’s governor take the case away from her as he was permitted to do under a Florida statute. So, prosecutors, I don't want to say that they aren't powerful actors, they are powerful actors, but there are a lot of other people in the system that have a lot of power too.”

Supporters of Gascón say he's being challenged for something powerful prosecutors have always practiced: prosecutorial discretion. They say district attorneys, often through their lieutenants in court, have long decided what crimes to charge.

Krinsky says decisions to ramp up mass incarceration were rarely "questioned in the past," adding that it's "unfortunate that now that we have some elected leaders trying to move in a different direction, trying to show more restraint in the piling on of sentences, that there are some who now are challenging their discretion."

Krinsky sees the effort as a "philosophical choice" tethered to decades of punitive sentencing measures that gave rise to mass incarceration.

Notably, San Francisco District Attorney Chesa Boudin, Gascón's successor, issued a directive in February 2020 curtailing the use of sentencing enhancements but hasn't been challenged in courts for doing so.

"[I]t was a significant driver of mass incarceration," he told News Beat podcast. "And it's a driver of mass incarceration that's explicitly exacerbating racial biases. What do I mean by that? Forty-five percent of inmates serving life sentences in California, under the three strikes law, are black. This is a law that is applied disproportionately against mentally ill, physically disabled defendants, and against African Americans. We don't need those severe punishments to keep ourselves safe. We don't need them to hold people who commit crimes accountable, and they undermine trust between law enforcement and the communities that we've sworn to serve and protect."

In his directive, Boudin said "this policy will ensure that the San Francisco District Attorney’s Office enhancements policy no longer contributes to over-incarceration, racial disparities and disproportionate punishments."

Boudin is facing his own challenge in the form of a recall campaign that hopes to force a special election. It's just one in a number of ways reformers are facing resistance.

"Is California the sign of what's to come? It might be a sign that there's more of this to come," says Hessick. "But I'd say that we've already had the canary in the coal mine...we've already seen that some of these prosecutors are going to get push back because they've been getting push back."