What They Won't Teach in School

We take an alternative look at Martin Luther King, Jr.’s legacy, examining how the civil rights icon was so much more than simply the “I Have a Dream” soundbite.

In this episode, we take an alternative look at Martin Luther King, Jr.’s legacy, examining how the civil rights icon was so much more than simply the “I Have a Dream” soundbite, which has become known as the cornerstone of his public perception. Along with Pastor Roger C. Williams of the First Baptist Church of Glen Cove, NY, Larry Hamm of Newark, NJ-based People’s Organization for Progress, hip-hop artist Silent Knight, and King’s own words, listeners learn of MLK’s Poor People’s Campaign, which he believed would be his true legacy. More than likely, it was this that got him killed. 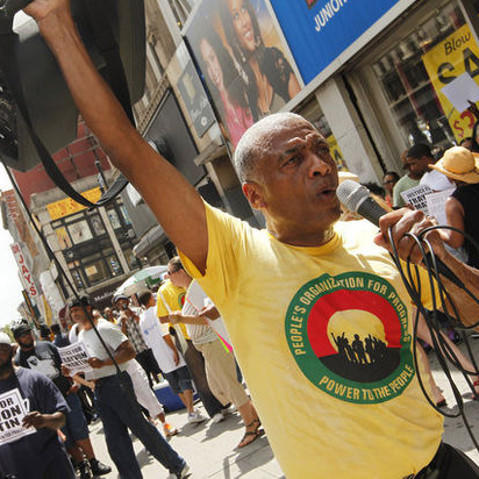 Lawrence “Larry” Hamm is a lifelong activist and the chairman of the Newark, NJ-based People’s Organization for Progress. Hamm was 13 years old during the Newark Rebellion of 1967. At just 17, he became the youngest-ever member of the Newark Board of Education, and later led a movement at Princeton University that led to the college to divest from the South African economy during apartheid. In 2015, Hamm received the key to the city of Newark.

Pastor of the First Baptist Church of Glen Cove

Rev. Roger C. Williams is Pastor of the First Baptist Church of Glen Cove.Rev. Williams answered the call to serve as pastor of the First Baptist Church of Glen Cove, N.Y. in 1999. In 2007, he served as co-chair of the New York State “Enough is Enough Campaign” to demand corporate responsibility in the media, exposing and eradicating negative images in music videos. Rev. Williams serves currently as President of the Glen Cove Chapter of the N.A.A.C.P. Rev. Williams can be contacted via email at pastorrcw@yahoo.com and on Twitter at @FBCGlenCove.

News Beat podcast debuted almost exactly two years ago with an episode on the decades-long whitewashing of the legacy of Rev. Dr. Martin Luther King, Jr., who the United States honors annually on the third Monday of January.

As our pilot podcast episode notes, the King holiday is often marked by readings of his famous “I Have a Dream” speech on a day when public schools are closed. Any historical analysis of King’s life, and why his speeches and writings remain especially relevant, mostly end right there. And then kids return to school following a much-appreciated three-day weekend.

As we once again reflect on King’s life, and what would’ve been his 90th birthday, we thought it important to release an updated version of “MLK, Jr. — Unfinished Business.” The new episode has been adapted to include an interview with Lawrence Hamm, chairman of the Newark, NJ-based People’s Organization for Progress, a grassroots social justice group. The episode’s narrative also more closely resembles the more traditional News Beat episode arc: an introduction by our host, Manny Faces, and interviews with multiple experts on the subject broken up by musical verses performed by a notable artist.

The truth is we had not planned on interviewing Hamm for this particular episode. His contribution was the product of a wide-ranging discussion we had with him in Newark, N.J. for our award-winning Season 1 finale episode, “Why We Riot.” Over the course of the interview, Hamm spoke about the more “radical” views King had and his plans to bring poor whites, blacks, and Native Americans to Washington, D.C. to call for economic justice more broadly, known as the “Poor People’s Campaign,” which has been revived by Revs. Williams Barber and Liz Theoharis. Hamm said of King’s writings: “It’s almost indistinguishable from some of the things, many of the things that Malcolm X was saying when he was assassinated in 1965.”

Both men, as Hamm notes in the episode, were killed when they were 39 years old.

“Why do we have a Dr. King holiday and none of the six books that Martin Luther King wrote are required reading in any public school?” Hamm asked News Beat podcast. “So what’s the sense of closing the school if the children, the young people, the students, are not going to know what he stood for, what his principles were, what he was fighting about? But people, really, should go to the speeches that Dr. King gave, like 1967 and 1968. If you want to know where Dr. King’s head was, read those speeches. Read ‘A Time to Break the Silence.’ People call it ‘Why I Oppose the War in Vietnam,’ but the actual title of the speech is ‘A Time to Break the Silence.’”

What Hamm is suggesting is not revisionist history. It’s an honest reflection of the way in which King’s politics has been distilled to allow those in power to co-opt his message as if they’ve been posthumously consigned by King himself.

King, in fact, had said in 1967 that his “dream” had “turned into a nightmare.” His Feb. 1, 1968 speech seemed to embody the qualities of a leader who was not merely politely asking for economic justice, but someone who was intent on grabbing a hold of it.

“At the very same time that America refused to give the Negro any land,” he proclaimed, “through an act of Congress, our government was giving away millions of acres of land in the West and the Midwest, which meant that it was willing to undergird its white peasants from Europe with an economic floor. But not only did they give the land, they built land-grant colleges with government money to teach them how to farm.

“This is what we are faced with,” King added. “And this is the reality. Now when we come to Washington in this campaign we are coming to get our check.”

This is the side of King that rarely emerges from the pages of school books in the United States. Indeed, King spoke eloquently about his dream, but as Rev. Roger C. Williams, pastor of the First Baptist Church in Glen Cove, N.Y, told the News Beat podcast: “this was merely a moment in time in an evolution of thought.”

“Like most important figures throughout history, there was so much more to Dr. Martin Luther King, Jr. than is portrayed in the media and in the classroom,” Williams said. “He was a flawed man and a complicated figure who evolved over his lifetime, made many sacrifices and compromises on the way to his many achievements. It’s tempting, I suppose, to allow history to view him through a simplistic but noble lens and just leave it at that. After all, part of the pre-packaged and sold legacy is that he was indeed a moral and transcendent figure who fought the good fight on the right side of history.”