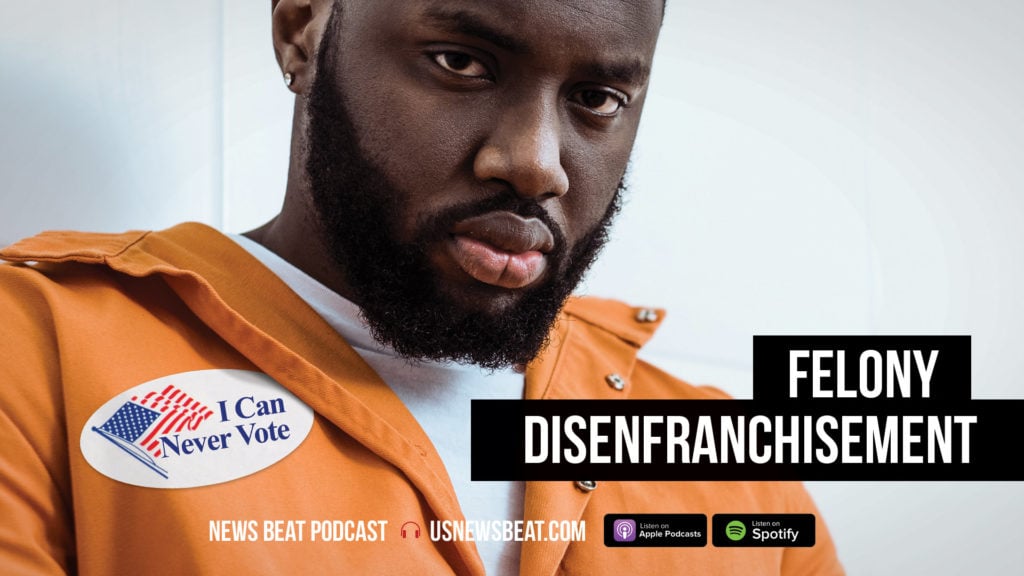 Gateway pundits may be enthralled with a pair of high-profile races in Florida ahead of November’s midterm elections, but it’s a potentially historic ballot initiative that may have the most far-reaching implications for millions of Floridians presently outlawed from voting.

When voters head to the polls Nov. 6 to elect a new governor, House and Senate hopefuls, and a host of down-ballot candidates, they’ll also decide whether to restore voting rights to millions of individuals with felony convictions who’ve served their sentences.

The proposition, titled “Voting Rights Restoration for Felons Initiative,” would make it legal for people with felony convictions to vote, except in cases of murder or sexual offenses.

As News Beat has previously reported, Florida is home to 1.5 million of the 6 million people nationwide barred from voting due to a felony conviction. The Sunshine State is one of only four states that permanently bans people from voting after being convicted of violating felony statutes. Florida’s disenfranchisement law, which dates back to Jim Crow, is one of the strictest in the United States, where one in 13 barred voters are black. Forty-four other states have varying laws that temporarily strip voting rights from convicted felons. Maine and Vermont are the only two states that permit voting in such circumstances, even for those in prison.

Listen to the full podcast episode:

What’s remarkable is the proposal enjoys overwhelming support among Floridians, according to a new poll released by the University of North Florida (UNF). Seventy-one percent of residents support the amendment, including eight in 10 Democrats and a plurality of Republican voters (62 percent). African Americans (82 percent) are particularly supportive of the amendment, according to the poll.

In a statement to Orlando Sentinel, Natasha Christie, chair of the Department of Political Science and Public Administration at UNF, said: “These results reflect the status of African Americans as the population most directly affected by Florida’s felon disenfranchisement laws.”

That the referendum boasts such broad support is an indication that restoring a person's ability to vote transcends partisanship, at least in this case. The proposition has been championed by Desmond Meade, president of Florida Rights Restoration Coalition, a non-partisan grassroots movement led by formerly convicted persons. The process to have the referendum on the ballot officially launched in 2014 and was formally approved this past January after organizers collected and verified more than 800,000 signatures.

Meade himself is barred from voting due to a felony conviction.

“We realize it’s very important for us to remove these Jim Crow legacies and allow American citizens to fully participate in the Democratic process,” Meade previously told News Beat.

Meade’s statewide campaign has also helped shine a light on Florida’s Executive Clemency Board, which includes Florida Gov. Rick Scott. Under the current system, Floridians convicted of a felony and released would likely have to wait at least five years before petitioning the board to have their rights restored. Even then, the smallest infraction could lead to an application denial.

In February, a federal judge excoriated the board and its process, comparing it to locking away someone’s voting rights and swallowing the key. Not only does Scott hold veto authority, but the board is not tethered to any particular set of guidelines, the judge noted.

"In Florida, elected, partisan officials have extraordinary authority to grant or withhold the right to vote from hundreds of thousands of people without any constraints, guidelines, or standards," said U.S. District Court Judge Mark Walker. "The question now is whether such a system passes constitutional muster. It does not." Walker ordered the state to overhaul the system.

But just days before Walker's court-ordered deadline, the U.S. Circuit Court of Appeals in Atlanta overturned the ruling, thus keeping the current system in place.

"The governor has broad discretion to grant and deny clemency, even when the applicable regime lacks any standards," the three-judge panel concluded.

Meade is a vocal critic of the status quo.

"Knowing that the overwhelming majority of states in this country have provided a pathway to citizenship for regaining our citizenship and Florida refuses to get in line with the rest of the country, it causes a little anger," said Meade. "You know, more than anything because this is the United States of America, and no one should have to escape to another state to experience the freedoms of citizenship, especially after they have served their time and paid their debt to society."

Scott is currently in the grips of a tight U.S. Senate race against three-term incumbent Bill Nelson. A Nelson defeat would severely hamper the Democratic party's already slim hopes of retaking the Senate.

The race to succeed Scott pits Bernie Sanders-backed Democrat Andrew Gillum against Ron DeSantis, a devout Donald Trump loyalist. Gillum, who has a slim lead, according to the same UNF poll, is vying to be Florida’s first black governor.

News Beat Podcast relies on the generosity of listeners like you to support our unique brand of independent, fearless social justice journalism and the many independent artists and bands featured on our episodes. If you're in a position to support our work, you can do so by visiting our support page.