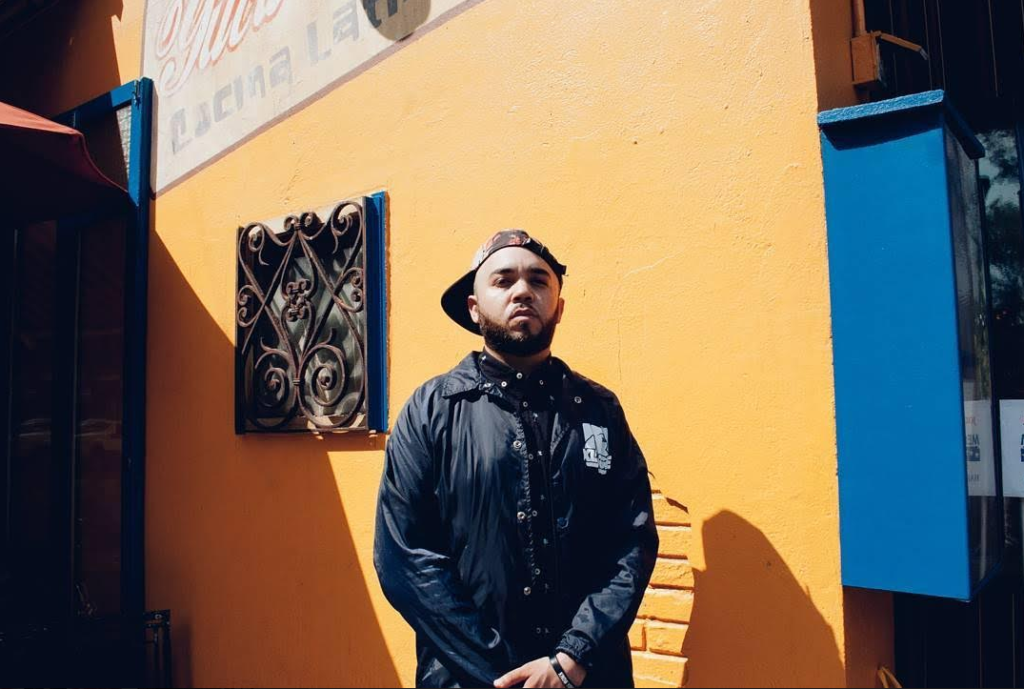 “We’re delighted to formalize our association with the talented rapper and activist Silent Knight in this meaningful way,” Maddy deLone, executive director of the Innocence Project, which is affiliated with Cardozo School of Law, said on the organization’s website. “SK’s passion for improving our world through his powerful rhymes is inspiring and we look forward to partnering with him to shed light on wrongful convictions.”

As News Beat’s artist-in-residence, Silent Knight has appeared on more than a half-dozen episodes. His performance on “Exonerated and Broke”—which examined the plight of exonerees released from prison—was especially heart-wrenching, as he took on the persona of someone incarcerated for a crime he did not commit.

It was that episode in particular that caught the attention of the dedicated attorneys, legal workers, and top-level staffers at Innocence Project, which works to exonerate the wrongfully convicted through DNA testing and advocates for criminal justice reform—a cause SK vehemently supports.

The newly forged partnership between SK and Innocence Project is just the latest collaborative project for the rapper, who along with teaming up with News Beat podcast, is also the frontman of the hip-hop-jazz fusion band The Band Called Fuse.

“I’m seriously honored and beyond excited to be on board as an Innocence Ambassador,” SK said in a statement. “I’ve admired and applauded the Innocence Project for years and recently was able to help spread the word about the great work they do. We did an episode of News Beat that featured Rebecca Brown, Director of Policy at the Innocence Project, as well as Alan Newton, a man who spent 21 years in prison before being exonerated on DNA evidence. After working on that episode I knew even more how much I wanted to help do my part."

Shonda Smith, Innocence Project's manager of communications, engagement & special projects, said the Ambassador program has been "steadily growing in size" since it was initially formed a decade ago. Ambassadors are enlisted to appear in Public Service Announcements, post on social media, appear at events, lend support with fundraising efforts, and in other ways, to raise awareness about ways to improve the criminal justice system.

"Ambassadors help us educate the public about the failings of the criminal justice system and create solutions for how it can be fixed," Smith said in an e-mail. "They encourage others to support our work to prevent wrongful convictions...we offer a myriad of ways in which Ambassadors can partner with us."

Some even go so far as meet exonerees and share images on social media, as is the case with Flash star Candice Patton.

Ambassadors will have yet another way to lend their support this fall when Innocence Project unveils its Courageous Conversation panel, which will focus on important issues around criminal justice. The theme of the debut panel is prosecutorial misconduct, Smith said.

Silent Knight laid the early foundation for his future work with the Innocence Project with his contribution to the News Beat podcast episode "Exonerated and Broke," which profiled Alan Newton, who spent 21 years in prison for a brutal rape and assault he did not commit. Newton sat down with News Beat last year and described the toll the wrongful conviction took on him. He also noted how disparate exoneration compensation laws are across the country—meaning an exoneree might not be entitled to compensation, depending where the crime was committed.

There have been more than 2,000 people exonerated for crimes they did not commit since 1984. According to the National Registry of Exonerations, these people have spent a collective 18,000 years in prison.

While having one’s name cleared is tremendously important, it should also be the state’s goal to provide restitution to those who were sent away for something they didn’t do, Rebecca Brown, director of policy for Innocence Project, told News Beat.

News Beat shines a light on institutionalized injustices via a weaponized, supersonic mix of independent journalism and independent music. Support the artists utilizing their crafts to make this realm a better place, for all, by supporting News Beat.