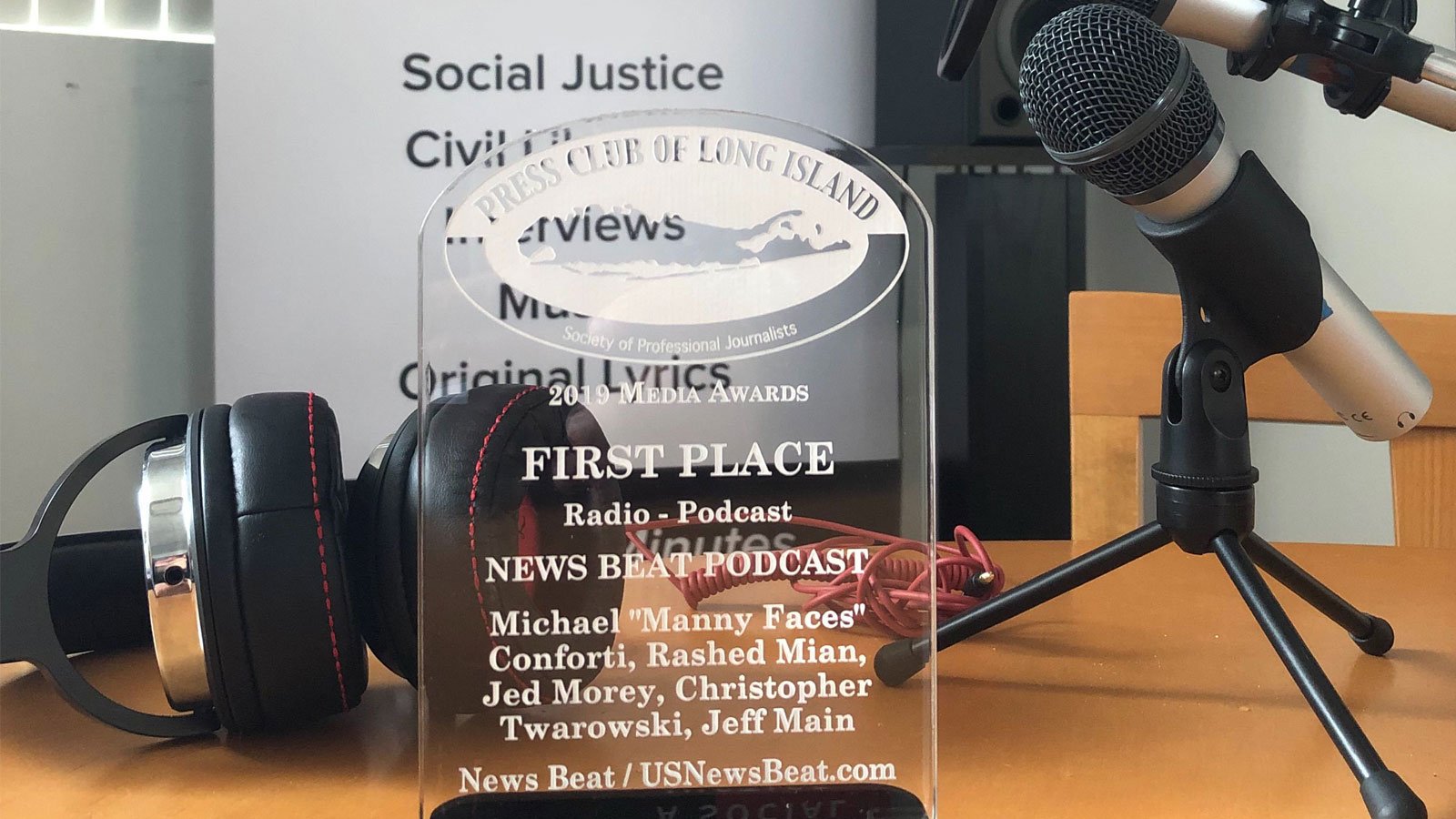 The local chapter of the national Society of Professional Journalists (SPJ), PCLI’s annual banquet and awards ceremony recognizes excellence in print, online and broadcast journalism by news outlets and journalists throughout Nassau and Suffolk counties. This year’s competition included submissions from writers and news organizations across the region, spanning a wide range of categories within narrative, video, visual and radio divisions. It was judged by members of the Oklahoma Society of Professional Journalists Professional Chapter. 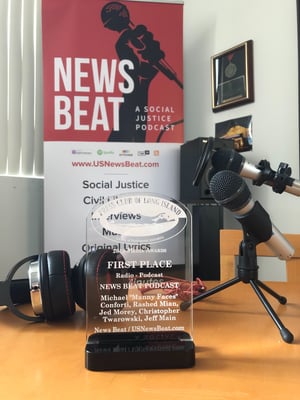 News Beat clinched two First Place honors in radio, for Best Podcast and Government/Politics coverage. The former celebrates News Beat overall, recognizing its unique and extraordinary melding of investigative journalism and independent music to shine a much-needed light on the most pressing social justice and civil liberties issues of our day. The latter prize honors “MS13: Made in the U.S.A.,” our powerful examination of the bloody origins, recent politicization, and brutal reign of notorious El Salvadoran street gang MS-13 across Long Island.

The SPJ/PCLI awards are just the latest accolades for the News Beat podcast crew.

That episode, titled "Why We Riot: Institutionalized Inequality, Racism & Oppression," clocked in at nearly an hour and featured emotional insights from Harvard's Dr. Cornel West, activists Rosa Clemente and Lawrence “Larry” Hamm, and Elizabeth Nix of the University of Baltimore. Hip-hop maestro Silent joined the jazz-fusion outfit The Band Called FUSE for an absolutely electrifying performance punctuating the simmering passion and pain expressed by communities literally dying for justice across the country throughout the late Sixties.

News Beat has earned high honors at several other prestigious awards contests, as well, including the 2018 national Religion News Association Awards for Religion Reporting Excellence and the CUNY Graduate School of Journalism Center for Community and Ethnic Media’s Ippies Awards, and has been featured as a ‘Pick of the Week’ by The New York Times Podcast Club. Its most recent episode "California: Epicenter of Mass Incarceration Reform" was created in collaboration with Pulitzer Prize-winning criminal justice news outlet The Marshall Project.