When It Comes To Mass Shootings, We May Not Have Pulled The Triggers, But Make No Mistake: We're All Complicit 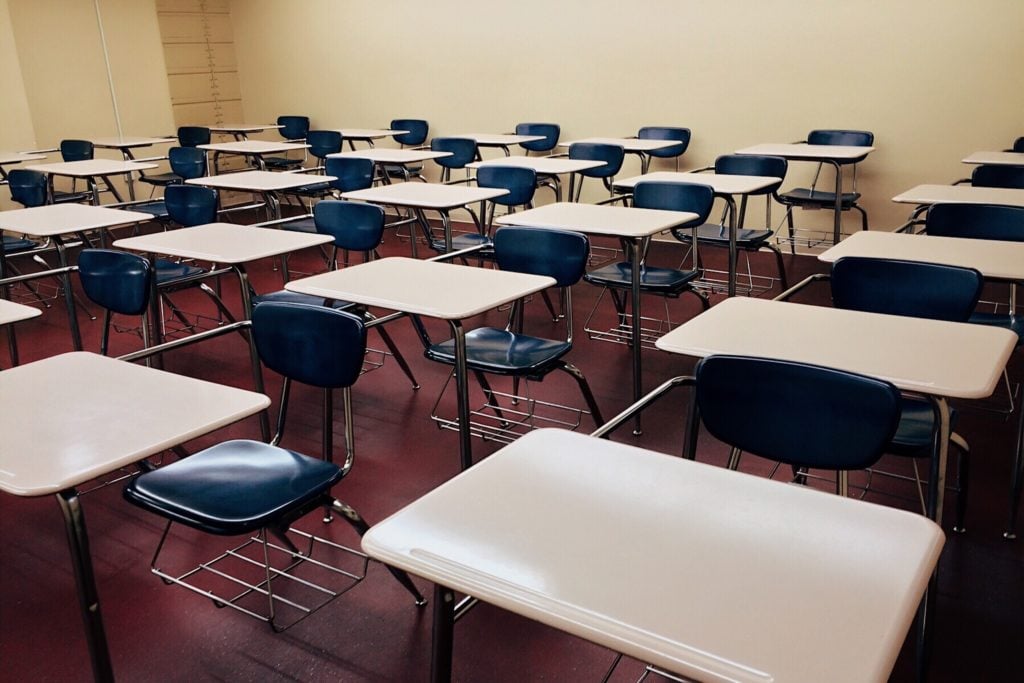 As the nation obsesses over the alleged threat posed by brown people in America—whether they be immigrants from Latin America or Muslims hailing from war-torn nations—another American school became the site of a tragic mass shooting. This time, 17 people were left dead in South Florida. And yet again, parents will have to bury the bullet-ridden bodies of innocent students who went to class Wednesday morning and never made it home. And yet again, a nation that purports to care about life, liberty, and the pursuit of happiness is left to reckon with how we keep letting this happen.

For 17 people, there is no more life. Their liberty—the freedom of being in a school without having to worry about being gunned down—was shattered in an instant. Their pursuit of bright futures, snuffed out by another white man armed with an AR-15, an assault-style weapon. America, as it has with Newtown, Aurora, Las Vegas, Orlando, Sutherland Springs, and not to mention the more than 1,600 mass shootings in America since the Sandy Hook massacre, has failed all of us.

And there’s plenty of blame to go around: Chief among this, elected officials whose campaigns are bankrolled by the NRA, and those who are too spineless to find a solution, perhaps out of fear of losing an election. But what about the rest of us? There were at least a dozen other incidents classified as school shootings since the beginning of this year, yet each one turns into little more than a blip on the radar of our busy lives. We hear about young people being gunned down on the news, remark at how awful it is, and maybe even hug our loved ones a little tighter. Inevitably, however, there’s a collective shrug and we move on with our day, clouded by misguided delusions that such terror won’t befall our communities.

The sick truth is: We’re All Complicit.

A day after Marjory Stoneman Douglas High School became a war zone, the alleged gunman, Nikolas Cruz, was charged with 17 counts of premeditated murder. His attorney reportedly said his client was on suicide watch and had struggled in the past with mental illness.

Meanwhile, more details began to emerge about Cruz’s life, including his apparent racist views and alleged links to a Florida white supremacist group. The Anti-Defamation League and The Daily Beast both interviewed the group’s “captain,” who claimed Cruz was a member of the organization and had undergone “training.”

“I don’t know precisely what he believes,” Jordan Jereb told The Daily Beast. “I know he knew full well he was joining a white separatist paramilitary proto-fascist organization.”

Cruz’s motives are currently under intense scrutiny by local authorities in Florida and the FBI. The Washington Post reported that the FBI is investigating Cruz’s purported links to the right-wing fascist group. The agency is also examining a tip provided to the FBI in September, in which a man with the same name as Cruz posted a comment on YouTube declaring: “I’m going to be a professional school shooter.”

According to authorities, Cruz legally purchased the AR-15 used to allegedly gun down students in the halls he once roamed before being expelled. Under both federal and state law in Florida, the age to purchase a semiautomatic weapon is 18.

Perhaps the most confounding element of this and other mass slayings—beyond the failures to pass meaningful gun legislation—is the aforementioned apathy among elected officials and the citizenry. Of course, there’s outrage, and even sustained indignation by some lawmakers. But it is minimal when compared to the country’s hypersensitivity to Muslims and other minority groups in this country. Muslim Americans are disproportionately under suspicion in the United States, despite so-called Islamic extremists attacks representing just a sliver of the overall murders in the country annually. It’s been this way since the Sept. 11, 2001 attacks.

Billions have been spent at home and abroad in the name of protecting American citizens from the threat posed by violent extremists. As for the immigration debate, President Donald Trump is asking for billions to build a wall along the southern border, guided by a desire to protect Americans from people he referred to as “rapists” and “murderers.”

Charles Kurzman, professor of sociology at the University of North Carolina at Chapel Hill and co-director of the Carolina Center for the Study of the Middle East and Muslim Civilizations, publishes an annual report at the Triangle Center on Terrorism and Homeland Security of Islamic extremist attacks in the United States. We spoke with him last year for an episode on the threat posed by right-wing extremism.

During our conversation, Kurzman noted that Islamic extremism-inspired attacks represented one-third of one percent of all murders in the United States in 2016.

Speaking of the diminished death cult known as ISIS, Kurzman said: “Even at its peak, we were talking about lone individuals, or a couple of individuals, with very low-tech types of attacks, such as knives, personal arsenal, driving on sidewalks to run people over. These are not the scale of attacks that we feared might occur after 9/11 that would replicate the scale of the attacks on that horrible day. We just haven’t seen that level of sophistication and coordination, and yet the institutions we set up to protect ourselves from that large-scale type of attack are still there today.”

The Anti-Defamation League released a report recently on the serious threat of right-wing attacks, and found that 71 percent of all extremist attacks since 2008 were committed by right-wing fanatics. Yet resoundingly, and reiterated by experts such as Kurzman, these planned attacks simply don’t receive adequate coverage, such as one man’s alleged plot last year to bomb a North Carolina airport because he was “preparing to fight a war on U.S. soil.”

Sadly, the country yet again has to confront a deadly shooting. There will be memorials, and necessary news coverage about how students and teachers acted with bravery while their school was being terrorized. And then the country will move on.

There will be no eternal war waged by mainstream media to force elected officials to pass meaningful legislation. There will be no collective, daily campaign among activists to vote these gun addicts out of office. There will be no ceaseless demands from the common, everyday taxpayers for sweeping overhaul of the very system that enables gun-infatuated billionaires and lobbyists from re-loading our leaders' coffers with blood money to ensure it remains intact.

While the president reportedly lamented that the United States has historically welcomed people from other nations—or in his alleged words, “shithole” countries—it seems completely reasonable to ask how he feels about presiding over a nation in which students are forced to cower under desks amid the explosive sounds of gunfire, hoping and praying that their room isn’t next.

Remember: When news outlets play footage of gunfire erupting inside a school, we have the choice to hit mute or walk out of the room. These kids had no choice but to shudder with each deafening “bang.”

And 17 more Americans—most of whom were students—are dead. What will we do about it? If the long list of previous mass slayings are any indication, probably nothing. And instead of shrugging, we should all be ashamed.