Every Friday at 1 p.m. ET, the News Beat crew will be livestreaming via its Facebook and YouTube pages, among others, a new, extraordinary, enlightening, dynamite show in the vein of its sonic blend of hard-hitting journalism+hip-hop podcast: 'This Week in Social Justice.'

Besides tackling critically important social justice, civil liberties and human rights issues, each episode features special guests and artists, easily digestible rundowns of current events and happenings, historical retrospectives, a 'Question of the Day' for viewers to weigh in on, and of course, some good, old-fashioned Manny Faces antics and humor.

In this inaugural episode, 160 years to the very day of Abraham Lincoln's election in 1860 (listen to the episode to find out why this is even remotely relevant), Team News Beat examines criminal justice reform measures on the ballot this election cycle, including some really funky New Jersey news.

Guests include Miriam Krinsky, executive director of nonprofit Fair and Just Prosecution, and Grey Gardner, a staff attorney at the nonprofit Drug Policy Alliance, which advocates for drug reforms and an end to the racist, U.S.-led War on Drugs.

Among the issues we discuss:

Listen to the podcast by subscribing to News Beat on your favorite pod app, and sign up for our newsletter.

Krinsky told the News Beat podcast crew she was encouraged by many of the reforms on ballots nationwide on Election Day.

“So I actually think that the news was incredibly positive, overall,” she says. “I think what we saw, around the country, were voters, both through the positions and initiatives that they supported, as well as some of the leaders that they put in office—as sheriffs, as well as elected prosecutors—continuing a trend where they are embracing the views that the ‘Tough on crime, we can punish, we can incarcerate our way out of issues related to substance use and mental illness and poverty,’ that those days are behind us. That they don’t work, that voters and communities understand that they don’t work.


“And so what we saw when we scan around the country, were a number of choices by voters as it relates to drug policy,” continues Krinsky. “We saw a continued trendline, where now four other states have joined with what was previously 11 around the country, concluding that we just shouldn’t be criminalizing individuals who are using cannabis. That this is not something that impacts public safety, that if there are individuals that are struggling with substance use disorder, that treatment, not jails, is the appropriate response.”

Gardner’s group Drug Policy Alliance and its political and advocacy arm Drug Policy Action, had been spearheading the campaign which ultimately resulted in Oregon’s historic vote for all drug  decriminalization.


In an extended interview, then question-and-answer session fielding an inquiry from a viewer, he addressed a long list of associated topics, from the decriminalization movement and collateral damages of users swept up in the vicious crosshairs of the ongoing U.S.-led ‘War on Drugs’ to his organization’s Drug Policy Reform Act, which among other initiatives, calls for the expungement, decarceration, and repealment of federal benefit bans for those with prior convictions.

“The Drug War has had an enormous impact—over the past really 100 years, but especially over the past 50 years—in increasing inequity in the country and harming individual lives, in costing us enormous amounts of money as a nation, in a system of, what’s really oppression,” he says. “I think there’s a lot more awareness in the country about what we’ve been doing as a country for so many years, over the past century, and how it’s causing so much more harm than good.”


“Drug criminalization,” Gardner continues, “every year, 1.65 million drug arrests are made in this country, and 86 percent of those are for possession, alone. It’s the single-largest category of offenses in this country. And we know that people of color—Black, Indigenous, people of color—are arrested at far higher rates for marijuana possession, especially, than white people. And we’re spending literally tens of millions of dollars every year for this system.


“Drug arrests have so many impacts on people’s lives,” explains Gardner. “It’s the indignity, really, in the first place, of just being stopped, by another human being, not allowed to leave, have your liberty restricted, the anxiety of having to deal with courts, with lawyers, with the threat of punishment, and then the collateral consequences that come from all of that—the effects on housing, on education, on access to public benefits. It’s really impeding people’s lives an enormous way that rarely gets as much attention as it should.”

“And this is something that we’ve been working for decades to try to roll back,” he shares. “The system as you know was set up and largely, and ramped up, 50 years ago by the Controlled Substances Act, which, incidentally, was passed 50 years ago this past month—passed, and enacted, and signed, 50 years ago. That’s why we are finally starting to take some significant steps in rolling that back. It’s incredibly important, and this is a momentous year for us.”


Please be sure to subscribe, rate and review us wherever you listen to podcasts—Apple, Spotify, Stitcher—and visit USNewsBeat.com for all our previous episodes and unique blend of social justice journalism and independent hip hop. 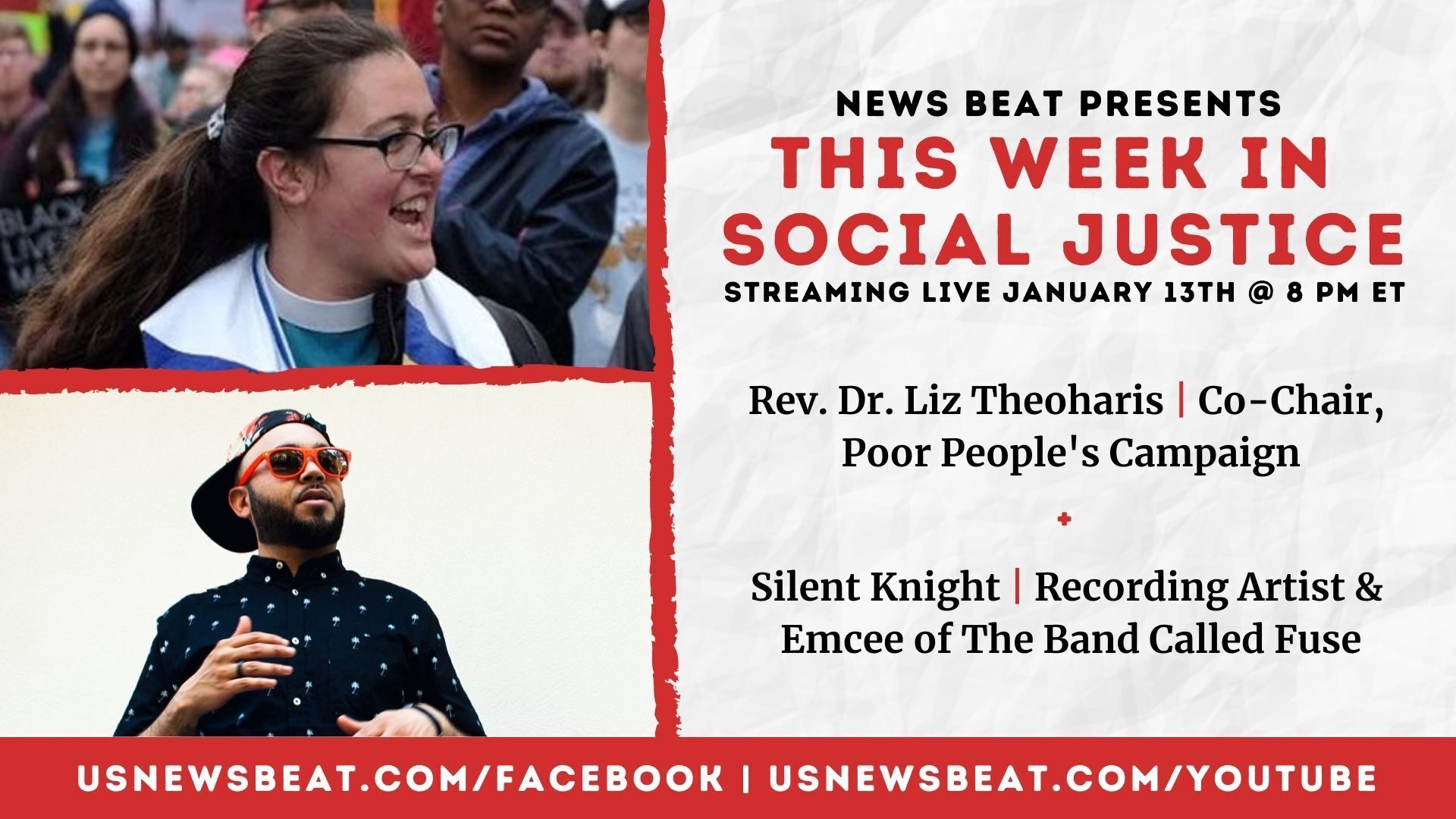