Just mere days after the world shouted a collective good-bye to pandemic-infected 2020, the darker elements of the Trump administration took one last, long death gasp, with thousands of pro-Trump antagonizers—from Neo-Nazis and QAnon conspiracy freaks to legions of white supremacists—attacking the U.S. Capitol at the behest of their president in a deadly insurrection aimed at disrupting the Congressional certification of presidential electoral ballots.

One week to that infamous day, the News Beat crew livestreamed its seventh installment of our critically heralded 'This Week in Social Justice' to celebrate the life and lost legacies of civil rights pioneer and champion of peace, Martin Luther King, Jr.

Joining us on this very special episode is Rev. Dr. Liz Theoharis, co-director of the Poor People's Campaign - A National Call for Moral Revival—the very economics rights initiative King planned just prior to his untimely murder on April 4, 1968—along with News Beat's Artist in Residence, Brooklyn-bred hip-hop artist Silent Knight. She's also co-director of the Kairos Center for Religions, Rights and Social Justice, and a founder and the coordinator of the Poverty Initiative.

Rev. Theoharis and co-director Rev. Dr. William J. Barber have traveled the country carrying the renewed torch of the Poor People's Campaign, visiting communities to learn from the omnipresent struggles being waged, and spreading the importance of sustained, peaceful civil disobedience in the battle for economic, racial, and societal equality. They seek justice for all, an ongoing campaign founded upon 12 'Fundamental Principles,' and calling upon elected officials to heed an explicit roster of demands tackling systemic racism, poverty and inequality, ecological devastation, the war economy and militarism, and national morality.

Theoharis explains that one year before he was killed, "King said the Achilles' heel" of the country was the intersections of systemic racism, poverty, and militarism. The only way out, Theoharis describes King as saying was "to organize and unite poor people from across race, from across geography."

Rev. Theoharis discussed these under-reported aspects of King's life throughout the nearly hour-long discussion. She's shared her insights with the crew on previous News Beat podcast episodes, including "Land of the Rich, Home of the Poor: America's Poverty Crisis" and "When Epidemics Collide: Coronavirus, Criminal Justice and Poverty."

Martin Luther King, Jr. and the annual whitewashing of his legacies were the subject of our very first inaugural episode, title "MLK, Jr.: Unfinished Business." On it, the Rev. Roger C. Williams of the First Baptist Church of Glen Cove, NY broke down how the civil rights pioneer's greatest legacies have been all but erased from history textbooks and school curricula. Instead, the life and mission of MLK have been consolidated into four simple words: "I Have A Dream." This revisionism is not only disrespectful and inaccurate, it blinds future generations from truly seeing or understanding the man and those causes he fought, and ultimately, was murdered for.

"As the pastor of a Baptist church I'm often pressed into service by local officials to participate in a day of remembrance for the late Dr. King," Williams says. "Invariably, the day's events invoke the most famous of his words. It seems the entire legacy of this man has been distilled into these four words, packaged and spoon-fed to the public. But this was merely a moment in time in an evolution of thought. It in no way embodies the complexities of the man or the movements he inspired."

We re-release this important episode every year. Last year's drop, titled "MLK: What They Won't Teach in School," featured additional insights from Lawrence 'Larry' Hamm, a lifelong activist and the chairman of the Newark, NJ-based People’s Organization for Progress who was featured in our award-winning "Why We Riot" ep shining a light on the institutionalized racism, oppression and inequality at the heart of the uprisings that ignited across the United States in the wake of MLK's assassination.

Speaking of King’s writings and true, radical approach, Hamm explained: “It’s almost indistinguishable from some of the things, many of the things that Malcolm X was saying when he was assassinated in 1965.”

He notes that despite having an annual holiday in his name, there is still a pervasive and intentional blackout lack of his lesser-known-yet-most important initiatives, such as the Poor People's Campaign, which after his slaying, continued on, and resulted in thousands of participants from all races and areas of the country who descended on Washington, D.C. in May 1968 to demand the MLK-envisioned 'Economic Bill of Rights.' This massive encampment on the National Mall was dubbed 'Resurrection City.'

“Why do we have a Dr. King holiday and none of the six books that Martin Luther King wrote are required reading in any public school?” Hamm asks. “So what’s the sense of closing the school if the children, the young people, the students, are not going to know what he stood for, what his principles were, what he was fighting about? But people, really, should go to the speeches that Dr. King gave, like 1967 and 1968. If you want to know where Dr. King’s head was, read those speeches. Read ‘A Time to Break the Silence.’ People call it ‘Why I Oppose the War in Vietnam,’ but the actual title of the speech is ‘A Time to Break the Silence.’”

That speech, delivered at Riverside Church on April 4, 1967—exactly one year to the day of his brutal murder on the balcony of the Lorraine Motel in Memphis, Tenn. marked a pivotal moment in the life of MLK. It is a blistering and unapologetic indictment of America's bloodlust and the horrific double-standard that exists for its citizens of color.

"Perhaps the more tragic recognition of reality took place when it became clear to me that the war was doing far more than devastating the hopes of the poor at home. It was sending their sons and their brothers and their husbands to fight and to die in extraordinarily high proportions relative to the rest of the population. We were taking the black young men who had been crippled by our society and sending them eight thousand miles away to guarantee liberties in Southeast Asia which they had not found in southwest Georgia and East Harlem."

MLK's life and legacy certainly resonates with News Beat's Artist in Residence Silent Knight, whose passion for the struggle for equality is on full display in his performance on this critically important episode.

In addition to co-hosting this latest 'TWISJ' and sharing his thoughts about his involvement creating it, 'SK' as the team calls him, performed his original verses, live, on the show.

He informed viewers and listeners about his latest endeavor, a Twitch page, and even contributed a News Bite, one of the gig's signature segments. It was about how Dippin' Dots could help with COVID-19 vaccine storage.

This led to a very humorous exchange between the team, with the suggestion that perhaps ice cream would accompany vaccine injections, to entice more volunteers. Just a thought, dear readers. Yummm.

Viewers were asked whether they were still happy about 2021 during the show's 'Question of the Day' segment, which garnered several insightful responses.

The MLK 'This Week in Social Justice' livestreamed Wednesday, Jan. 13 at 8 p.m. We typically rock the videowaves every Friday at 1 p.m. ET via News Beat podcast's Facebook, YouTube and Twitch pages.

Subscribe, rate and review us wherever you listen to podcasts—Apple, Spotify, Stitcher—and visit USNewsBeat.com for previous episodes, extended guest and artist bios, and much more. 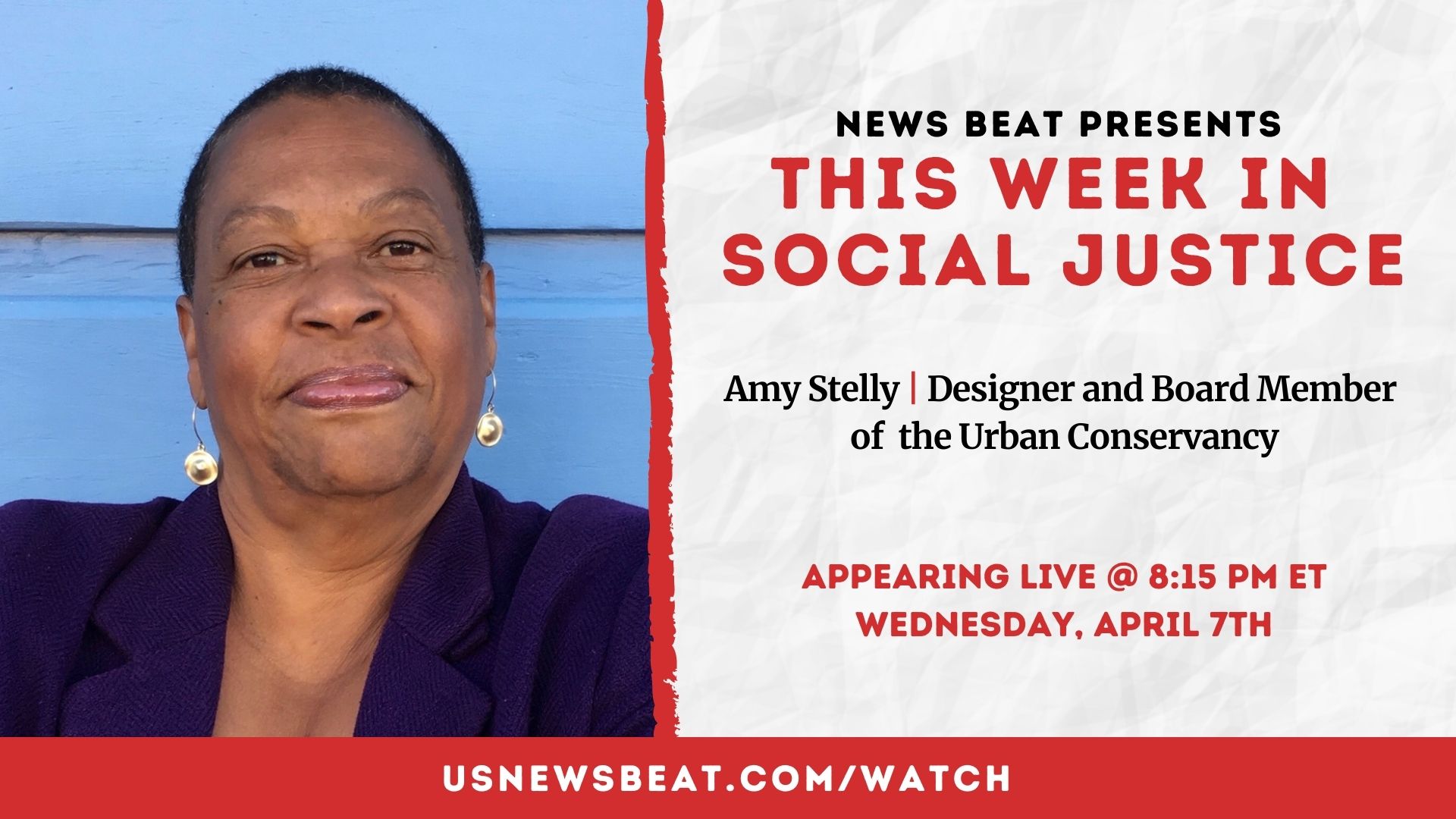 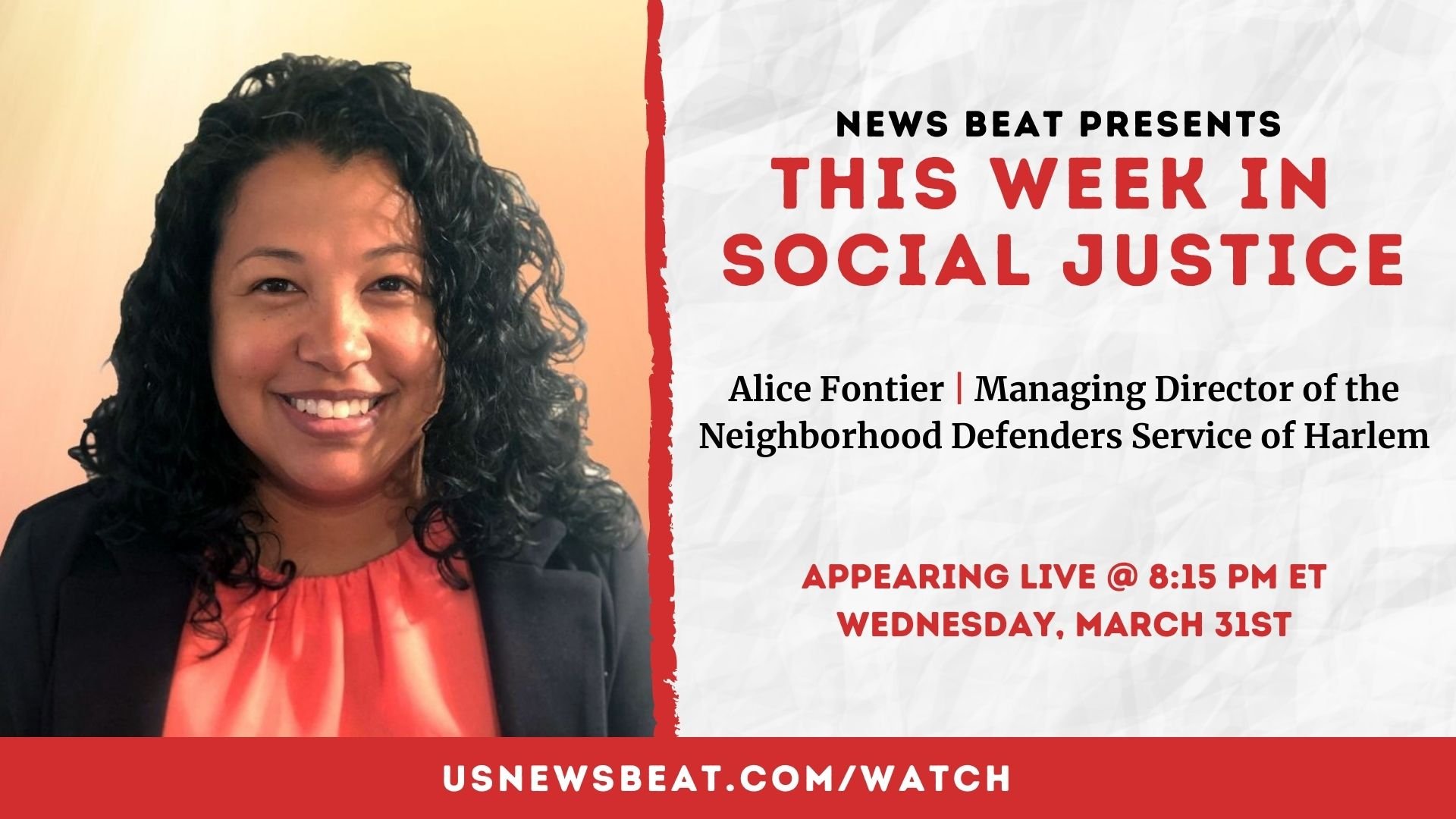 From decriminalizing consumption and expunging past convictions to investing in impacted communities, the new law seeks to amend destructive policies.